Linking Demographic and Socioeconomic Data to the Electronic Health Record 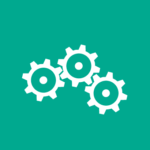 Pragmatic clinical trials (PCTs) focus on how treatments work in the real world, and because PCTs draw from healthcare systems consisting of large populations, they offer unique opportunities to study treatment differences by demographic characteristics such as race/ethnicity, sex, age, or socioeconomic status (SES).

Traditional randomized controlled trials (RCTs) generally report a single measure of treatment effect, but the same treatment can have variable responses in different populations [1-5]. PCTs have the potential to yield information on subgroup differences to determine whether there is heterogeneity of treatment effect (HTE), defined as nonrandom variability in the direction of magnitude of a treatment effect. Yet efforts to examine treatment effect by race/ethnicity in PCTs may be hampered by large amounts of missing data. Additionally, associations by race or ethnicity are often confounded by the complex interplay of socio-environmental factors [6], including SES. Various geospatial strategies can be used to estimate an individual’s race or ethnicity from information in the electronic health record (EHR) using the individual's last name and/or address. The most accurate estimation method is Bayesian Improved Surname Geocoding (BISG) [7,8]. BISG uses both patient addresses and surname analysis to assign probabilities for membership in a racial or ethnic group. U.S. Census Bureau and American Community Survey files also can be used to associate demographic and socioeconomic information in the EHR.

This tool introduces the methodology used at Duke Medicine for linking and enriching demographic and socioeconomic data within its enterprise-wide EHR system.

Geocoding Methodology Deployed Within the EHR

In 2012 Duke Medicine deployed an automated address standardization and geocoding process that was initially applied to all addresses stored in Duke Medicine’s Enterprise Data Warehouse (EDW). This same process was subsequently scheduled to run nightly on any new addresses added to the EDW. The following section describes the software, hardware, and other specifics related to the automation methodology.

SAS Dataflux Data Management Studio (SAS Institute Inc., Cary, NC) is used to verify, standardize, and geocode address information in the EDW. Both the U.S. Postal Service (USPS) address database and the TomTom street-level geocoding data pack are licensed through the SAS DMS software and are refreshed on a quarterly basis.

New addresses are identified nightly by extract-transform-load procedures that pull data from EHRs and place them in the EDW. The IBM Tivoli utility (IBM Corporation, Armonk, NY) is used to schedule these regular nightly processes. Whenever possible, addresses are matched to verified addresses contained in the USPS database, using a combination of elements available in the EDW, such as full street address, city, state, and/or 5-digit ZIP code. When an address is verified, the address elements—now parsed, cleaned, filled in, and standardized—are returned to the EDW from the USPS database. These now include address data elements that may not have been originally obtained in the EDW. Unverified addresses are flagged and reevaluated when a new USPS quarterly data pack is released.

For all USPS-verified addresses, the TomTom data pack, as loaded into DMS, is used to assign latitude, longitude, and other geospatial identifying information to the addresses (e.g., U.S. Census Block Group Federal Information Processing Standards [FIPS] Code). The TomTom data pack uses a cascade approach to apply geocoding depending on available data, which means the program attempts to find a match using the highest degree of accuracy first and moves to lower accuracy methods until a match is found. The geocoding methods in descending order of accuracy are:

Table 1 lists the data elements that resulted from the automation process.

Each geocoding method has its own relationship with “ground truth” accuracy and its own particular limitations and assumptions. Regardless of the method used, the typical variance is approximately 12 meters and is sufficient for neighborhood-level analyses.

The geospatial mapping tool, DEDUCE-Geo, was integrated within the Duke Enterprise Data Unified Content Explorer (DEDUCE) [10]. DEDUCE is a .NET application built at Duke that expedites access to EHR data stored in the EDW without the user having to understand how to execute complicated SQL queries or be familiar with the underlying data model of the EDW. DEDUCE-Geo uses both ArcGIS Server (Esri, Redlands, CA) and JavaScript to execute the geospatial visualization of a cohort defined within DEDUCE.

After DEDUCE users create a patient cohort, they are able to geospatially visualize the cohort on a map with dot distribution (i.e., point maps) or thematic maps that summarize patient counts per geographic unit (Figure 1). Thematic maps are available for a number of geographic boundaries, including county, 3-digit ZIP codes, 5-digit ZIP codes, census tracts, and census block groups. The counts of patients can be normalized by an all-Duke-patient count, 2010 population count, or square miles.

Demographic and Socioeconomic Data Linkage Within the EHR

In 2013 the U.S. Census Bureau’s 2010 Summary File 1 and the American Community Survey 2007-2011 5-year estimate data for North Carolina at the block group level was extracted, transformed, and loaded into Duke Medicine’s EDW. Automated processes were built to retain the raw counts of each statistical measure but also to provide computed meaningful derived values representing the percentage of population or households with a given statistical attribute (e.g., the percentage of population with public assistance income versus the number of people with public assistance income in a given block group).

As part of the geocoding process, every address record in the EDW that was successfully geocoded to the delivery point of ZIP+4 unit of geography was also assigned a block group FIPS code that can easily be joined in order to attribute each geocoded patient with the demographic and socioeconomic variables that exist in the two datasets.

Approximately 10,000 new demographic and socioeconomic variables are now available to describe the characteristics present within each patient’s block group neighborhood. In 2014, these variables were made available within the DEDUCE Cohort Manager application [10] so that patient cohorts could be (a) further refined/filtered by the demographic characteristics present within their Census block group (e.g., those with median household incomes less than $49,999) (Figure 2) or (b) extracted from the EDW alongside any number of selected variables for more advanced statistical analysis or visualization outside of DEDUCE (Figure 3).

The SES measures listed in Table 2 were created within the EDW, based on a report from the Agency for Healthcare Research and Quality [11].

The following statistical data elements and mathematical transformations from the American Community Survey 2007-2011 were applied in order to create the measures shown in Table 2.

Below US Poverty Line Measure

Given that most of the above SES measures represent percentages and range in values from 0-100, the Median Income and Median Property values were subjected to mathematical transformation in order to standardize their values to a range of 0-100.

The following mathematical equation was then applied to each NC block group using the measures described above:

Note: 160 block groups contained null values in one or more of the above measures. For these, the SES index could not be calculated.

The SES index ranged in values from 35 to 78 and was further broken into quartiles where:

The availablility of the SES measure, index, and quartile variables for every geocoded patient in Duke's EDW has enabled on-demand filtering, export, and visualization of patient data according to these measures. The SES measures were served through the DEDUCE cohort charting capability, so that for any cohort of patients, a histogram distribution could be visualized on-demand. For example, within a cohort of high utilizers of emergency department services over a given month at Duke hospitals, a number of demographic and socioeconomic variables can be visualized graphically (Figure 4).

In addition to chart visualizations, several SES measures were selected to be made available as base maps within the DEDUCE-Geo mapping application. For example, the same cohort data presented as bar graphs above could be visualized on top of a layer that represents the SES index. (Note that this capability, while not presently available, is planned for release in upcoming months.)